That Thing you need to do

Up until the end of college, you have things taken care of for you, mostly. Someone puts you into school, you do what you're told, how you're told to do it (or you don't). You graduate and jump into college at some point because it's just the next thing to do, and this time you do what they suggest, how they suggest you do it. They suggest but they're really just telling you what to do again and dressing it up nicely. The hope is probably that it will give you more agency to do the thing on your own terms but generally to you, it just means "Great! A thing I don't actually have to do right now!" So after that 20-year-long process of being catered to, you're chucked out with a piece of paper that's meant to say to an employer "I am proficient in a particular skill-set", but instead usually comes out looking like "I have an approximate knowledge of many things". This is just the process for most European countries, God help you if you live in America, I have even less advice for you.

Congratulations! You've just been somewhat successfully taught some of what you need to know! Right now you're somewhere on a spectrum between two groups. Those people ambitious and motivated enough to just disappear and reappear mysteriously in a successful career path right away (I thoroughly believe those people are capable of murder). And then those who probably don't have a concept of the word motivation and disappear and generally don't reappear. So, you're sitting there, nice piece of paper in hand, what are you going to do now? Play video games and party of course! You're free now! No more homework and education! That's the mindset you're in, no more of a boring thing and more of the fun things. 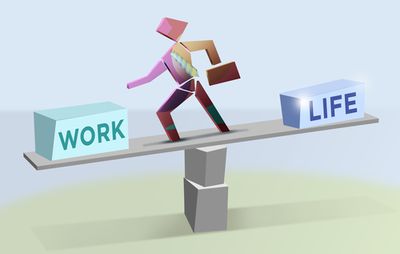 Maybe that's the fault of the process or maybe it's you but it definitely doesn't matter. It's a thing you'll grow up from and you have to, you have 60-70 more years to do stuff with. Motivation is what I'm trying to get at here. That's how you'll make it. Beware of ambition without motivation though, for that is just dreaming.

Motivation rarely comes from wanting to get a job, alone. Hopefully you want a car or something because that's easy motivation for a decent job. When you start job hunting, you'll look for jobs you want and only the jobs you want. You'll see they're probably mostly out of your reach, you'll  be disheartened and of course feel that you're not qualified for anything and eventually you'll see some unattractive, mundane entry level job paying 30,000 a year that's not relevant to what you studied...huh, 30,000, that's not bad...that's actually a lot of money....wow that's more money than I've ever had in my life. Just like that, you've begun the proper job hunt. It's a powerful realisation that even an entry level job probably pays more money than you've ever owned but money shouldn't govern your search, an employer will sniff that out in a heartbeat because they're looking for people who actually want the job for job. How do find what genuinely, non-monetarily motivates you in life? Trial and error and luck. You take the pickaxe that is your life and swing away at the ore vein that is the world. It'll mostly be rock but some of it will be precious valuable metals. I'm sure you're at least strong enough to lift an axe and swing away for a reasonable amount of time.

Join us for a high-focus week of transformative learning

Build your toolbox of skills and strategies in all areas - whatever the situation, you'll have just the right practical tool to make the most of it.

Practice those skills in a supportive, affirming environment.

Meet other people just like you and cheer each other on as you watch your potential unfold.

Find out more on our Dates and Programmes