Do you have to wait until you retire for the fun to begin? Susan HayesCulleton

As children and teenagers, we can sometimes get the feeling that life sounds terribly boring. At some point in primary school we realise with a shock that we still have ten or nine years to go until the Leaving Cert, and then three or four years at university. It seems like forever! As we near the end of our school years, though, it feels like the goalposts have moved again - now it's forty years in a job... 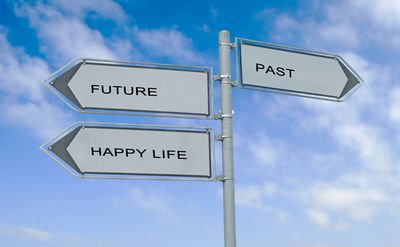 When does the fun actually begin?!
Let me share a secret with you: there is an alternative - you don't have to wait until retirement. Today is the first day of the rest of your life, and here is how to enjoy it to the maximum.

I was giving training this week in Malta and during one session, we discussed retirement and selling pensions. One participant seemed particularly delighted at the idea of being retired, so I asked her what she would do during this period of her life. She replied "travel the world, read books, go out for dinner with interesting people and enjoy new cuisines". In my own mind, I thought "I did that in the past week - you don't have to wait until retirement".

"Work" doesn't have to be the antithesis of "life"
I work lots and lots of hours in the week, far in excess of the average 39 hours that are the rule in many jobs. And even though I have a longer work week, I'm unspeakably happy to do so. I feel it would be such a waste to waste 40 years of my life on something I don't enjoy, just so that I could enjoy the remaining ones. For me, life doesn't begin on Friday evening: I enjoy my work tremendously and it makes me feel very much alive.

Trust your inner compass
So have I been lucky? Have I had to sacrifice much along the way? How can I consistently maintain this in the years and decades ahead?

I could analyse this until the end of the end of time, but to be quite honest, there was only one "strategic" decision I had to make and have to continuously live by: to be true to myself. It would be easy to think this starts when your career starts, but I disagree wholeheartedly with this. It starts much earlier.

Sometimes you shouldn't listen to well-meaning, caring advice
It's very important that you be true to yourself and follow your inner compass, because there will be many opportunities to disregard your inner voice.

The very first time I heard talk of "it will look good on your C.V." or "there are lots of jobs in that area" or "you could make loads of money doing that" was when I deciding what subjects to do in Junior Cert, at the tender age of thirteen! The next time was on making the decision to do Transition Year, and then it goes into overdrive as you whittle down your list to put on the CAO form.

I can't think of one specific person putting those thoughts into my head, but it certainly felt that society in general was nudging me caringly towards the options that would provide many as well as safe opportunities. This is understandable, as everybody wants the people they care about to be safe and provided for in well-paying jobs.

In many ways, I followed the guidance of collective wisdom and by the end of secondary school, I chose to pursue actuary as a career, starting with BSc Financial Maths & Economics in NUI Galway, because I loved maths, numbers and was intrigued by the world of finance. At the same time, I wasn't shutting down my inner compass with that decision - I was genuinely attracted by these subjects.

Having fun is serious work: how to read the clues
I often say to parents of young kids that if they want to find out what career would really suit their child when they grow up, to watch carefully the games they play.  I spent hours and hours running businesses out of my imagination. My teddies were my clients and always seemed so happy with the white-glove service I gave them! I used to run a travel agency, using my mother's bus timetable, and I set up an office with an old typewriter and a pen.

I remember getting an invitation to my cousin Margaret's hen night: on the front of the card was a picture of her as a young girl, dressed head to toe in blue, with a most serious "don't mess with me" face. She is and has been for many years a most talented police woman (Garda).

I always remember my cousin Enda's bedroom was full of models of machinery that you put together like intricate pieces of Lego - he went on to become a gifted mechanic.

The games we choose to play as children aren't influenced by employment trends, salary levels or the permanency of a job. Their only raison d'être are that they captivate us. That can be a very accuate predictor of what path may be most enjoyable for the years ahead.

What deeply excites you?
The other time that we are utterly insulated from the suitability and stability of paid work is when we are in that delicious bubble of college or university. I distinctly remember walking around the "Aras na Mc Leinn" on Clubs & Societies Day and while I was signing up for this and that, the one that stood out to me was "Bizsoc" (a.k.a. the Business Society).

Every Monday night, I looked forward to hearing the various speakers, which included Padraig O'Ceidigh, Declan Ganley, Brody Sweeney, Nick Leeson and McDara Hosty, among many others. I used to be absolutely enthralled by their stories; more than that, they resonated deeply with me: I recognized within myself the characteristics that seemed to be core to them all: burning ambition, excitement, willingness to work, replacing "normal downtime", aka "relaxing and chilling out" with going that extra mile, and a belief that I might be able to do it too. Over those weeks, I couldn't but acknowledge that this was the road for me, whether it was right after college or a few years down the road, this was it.

On the 9th September 2010, I got a letter from the CRO to say HayesCulleton Ltd was now a formal legal entity. On 17th January 2011, I got on that first flight to Malta, which  started the export story of the company. On 12th November 2012, I spoke to an audience of Irish business people in London, which marked the start of our business in the UK.  On 30th January 2013, my book "The Savvy Woman's Guide to Financial Freedom" was launched. On 12th August 2014, I was notified that I had passed the last of the Chartered Financial Analyst (CFA) exams; the hardest that I had ever faced and one which I had failed the year before. On 1st February 2015, Monica and I signed our partnership agreement to form the #SavvyTeenAcademy (which was incidentally the fourth birthday of her own business). I have lots of other personal, professional and business milestones along the way, but unless I had been true to myself and genuinely pursued the path founded on what I wanted, in my heart of hearts, none of them would have come to pass.

Take some time to reflect
As we settle into the summer months and take that breath to recharge, take time to reflect on what truly makes you happy. Don't discount your dreams by saying that you're too young to think about this and it will all sort itself out in the future when things settle down. Don't silence your dreams by saying that there's no money to be made in X, Y or Z: if you remain true to yourself and keep your eyes open for opportunities, the path will become clear.

"You can't do anything about the past, but your future starts this second"

What is Savvy Teen Academy?

SavvyTeenAcademy is a five-day, Monday to Friday, summer camp for teenagers about to enter 5th or 6th year (or Repeating)

Teenagers can have big dreams and aspirations, but can be at a loss where to start, or think they are too shy to go after what they want. They also have to juggle expectations from parents and teachers, a demanding study schedule as well as navigating intense friendships and peer relationships.

SavvyTeenAcademy offers a caring environment for turbo-charged, hands-on learning. It will be an intense week of transformation, with lots of fun and new friendships.

After five days at SavvyTeenAcademy, students will be armed with a panoply of practical tools they will be able to use in many life situations: passing exams, applying for jobs, networking and confidently taking their life in the best direction.

SavvyTeenAcademy is NOT a traditional course based on the school curriculum.

What will students learn at SavvyTeenAcademy?